Last night my other half and spent the evening at Strings bar and venue, for another round of Wrestling!

In the summer, we attended our first wrestling match, and it was fantastic! 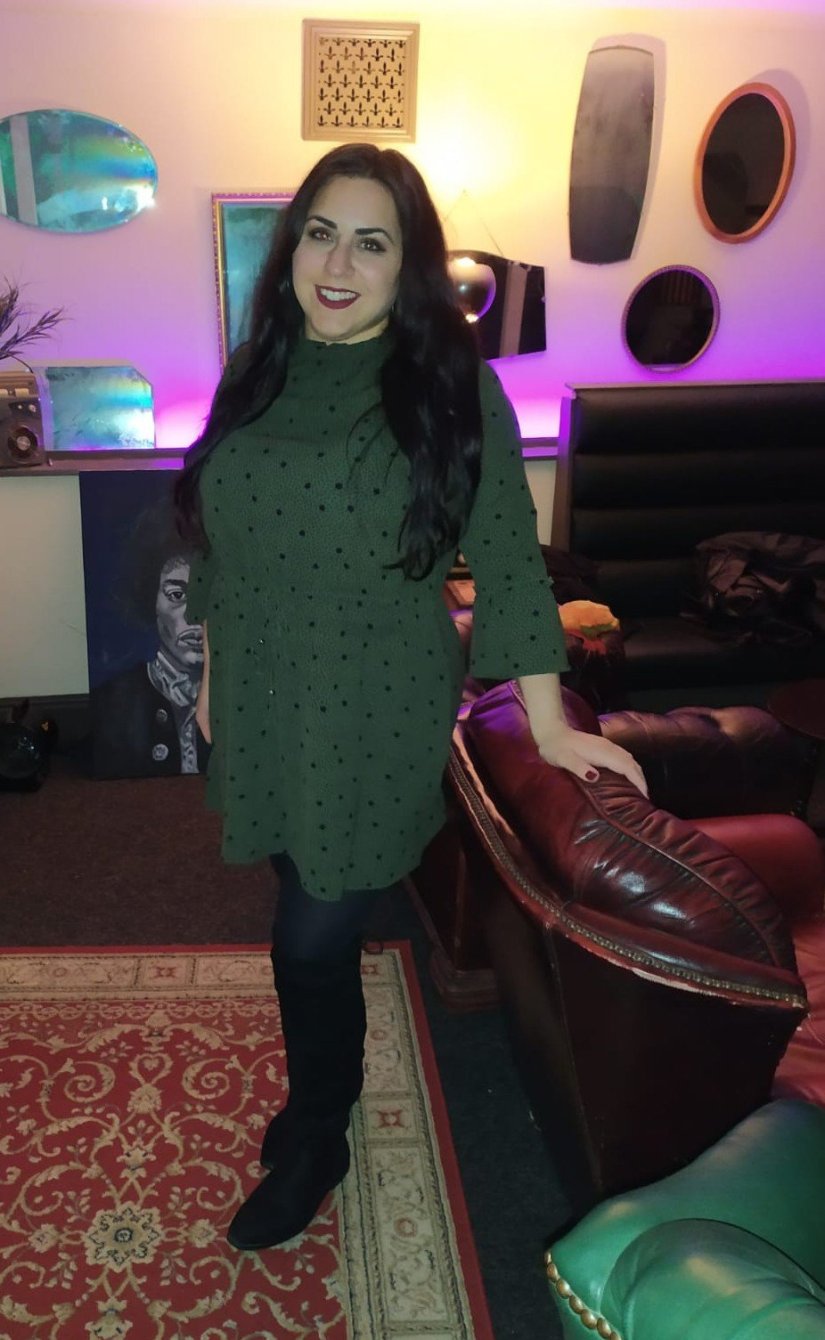 The first half was awesome, but we were excited to see my friends Matt (Maxx Carnage)

During the interval the hard rock band ‘Any Road’ performed. They were bloody brilliant. 2 of the members, Jon and Tom, are old school friends, I definitely need to watch them more often. Both of them have incredible voices and are insane on the guitar, and there drummer was equally brilliant. Such a fantastic set! 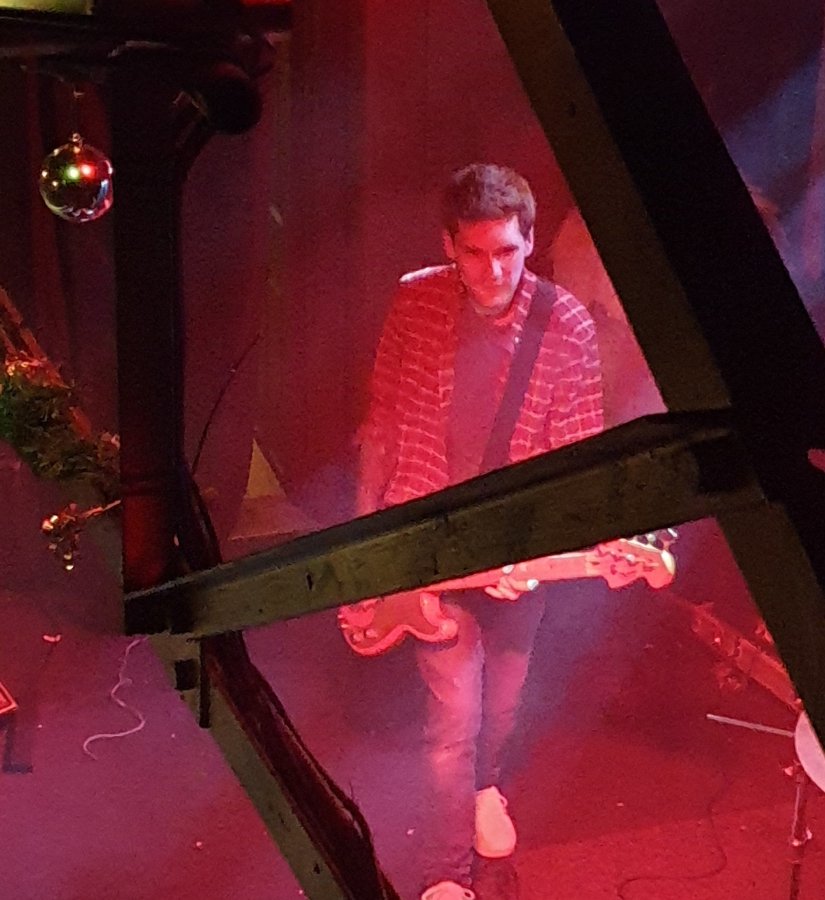 After the interval Maxx Carnage was announced.

This time round, the wrestlers were even more interactive with the crowd. 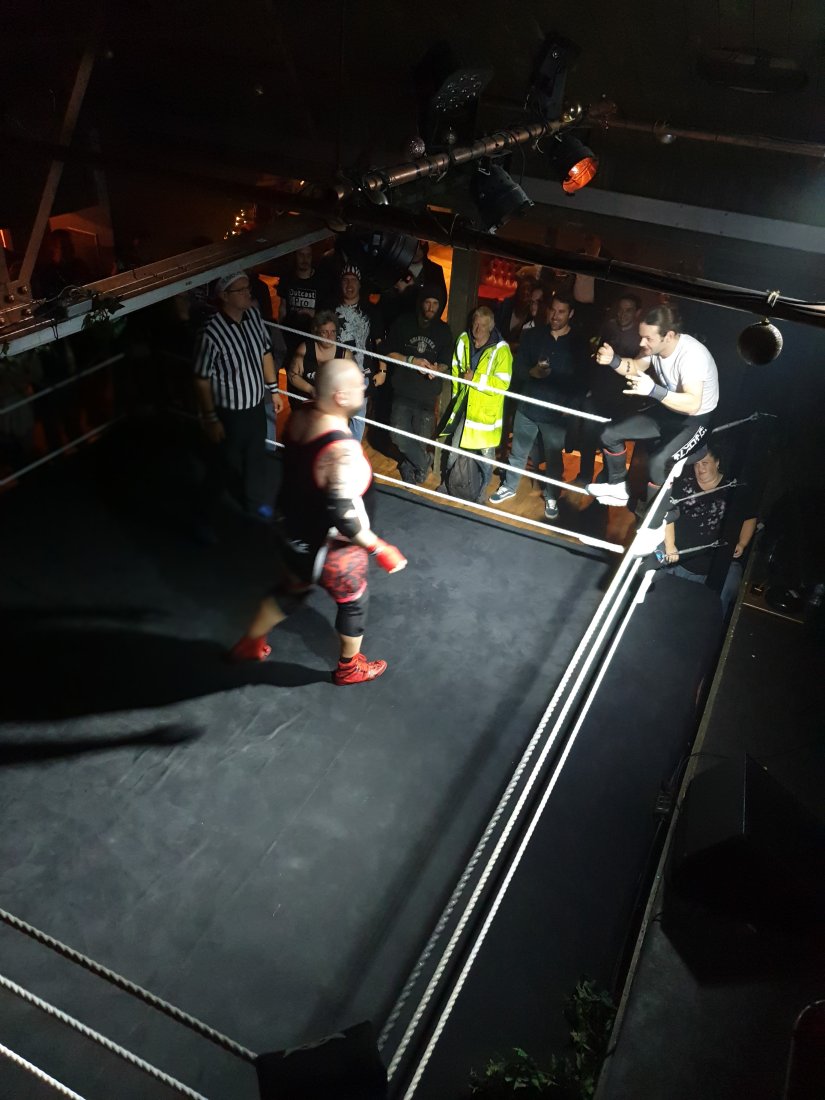 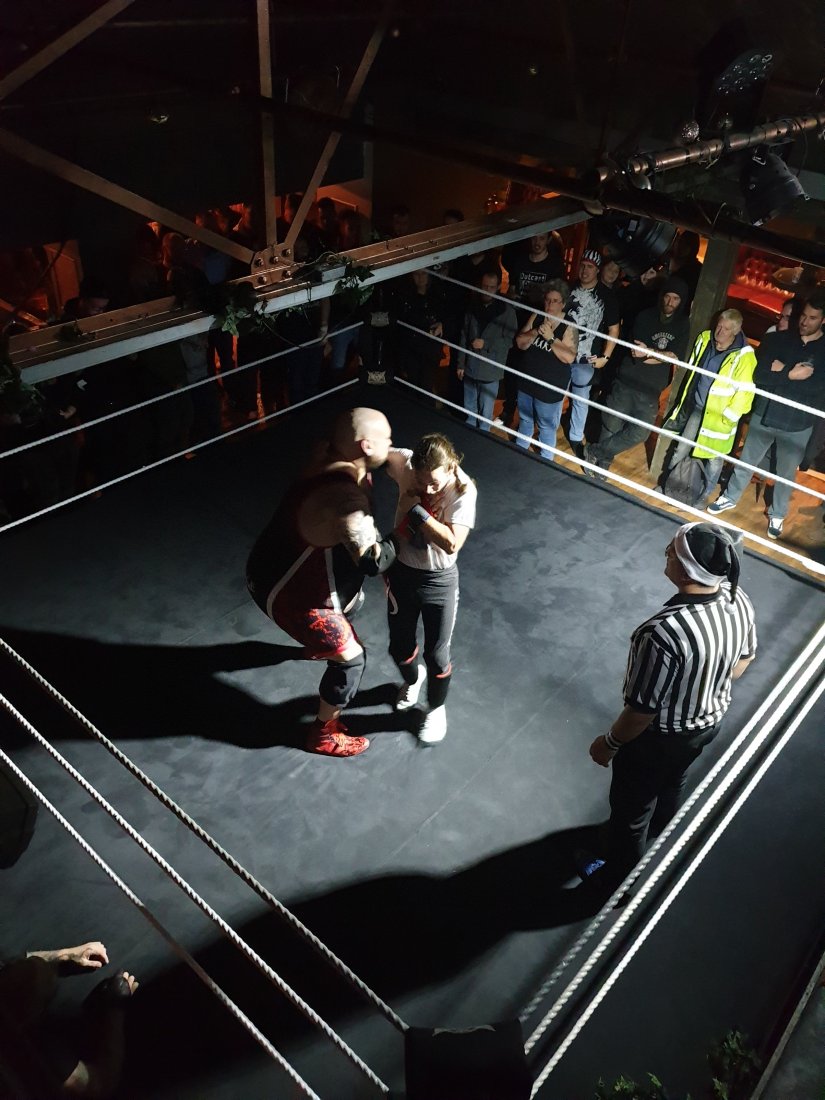 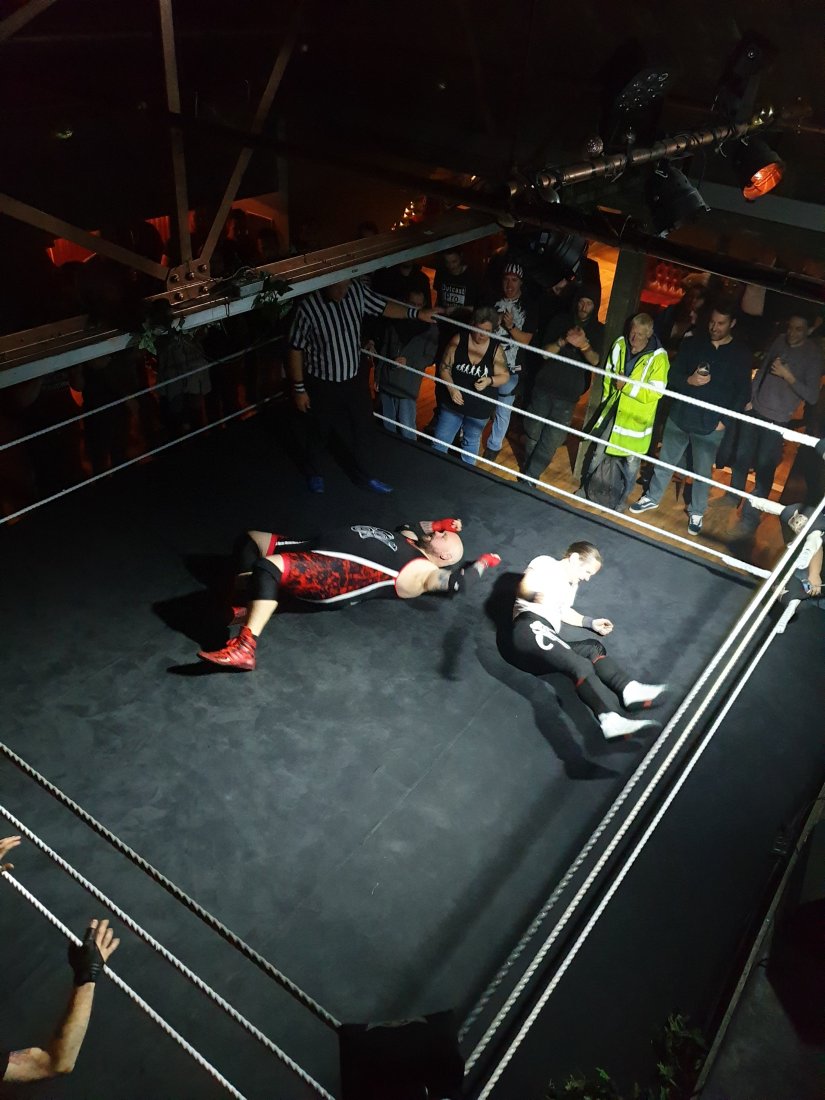 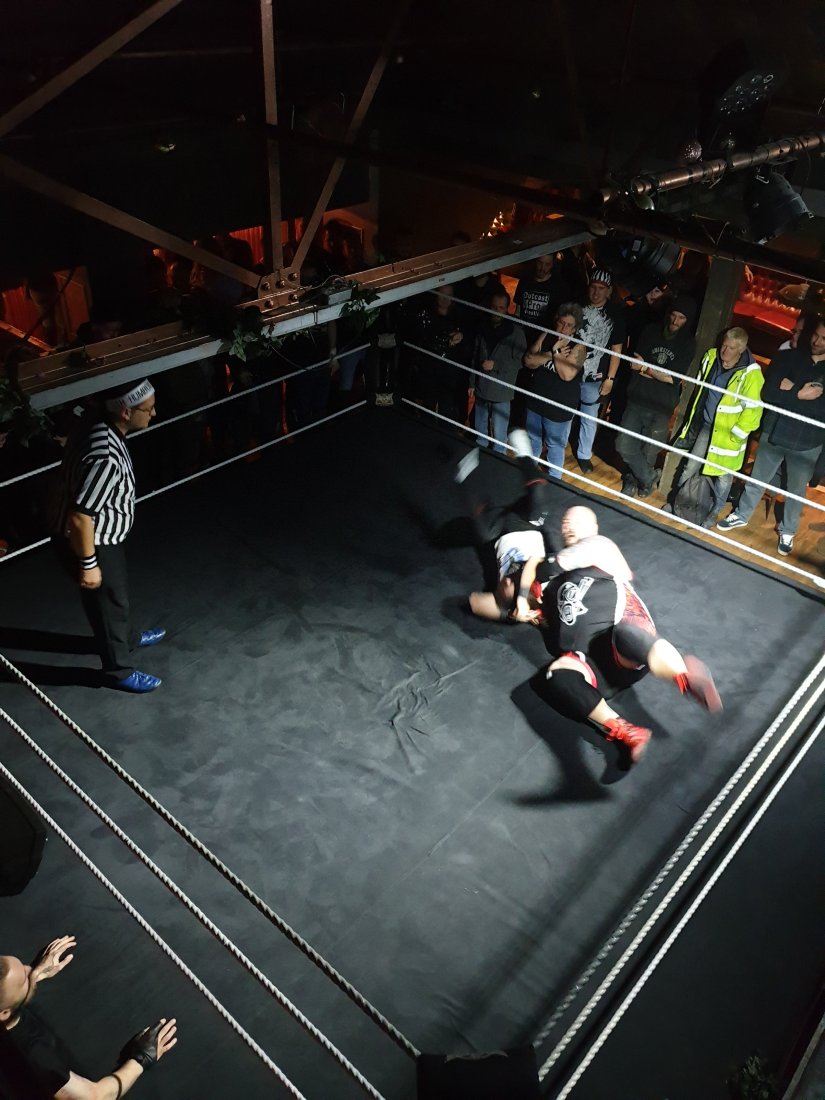 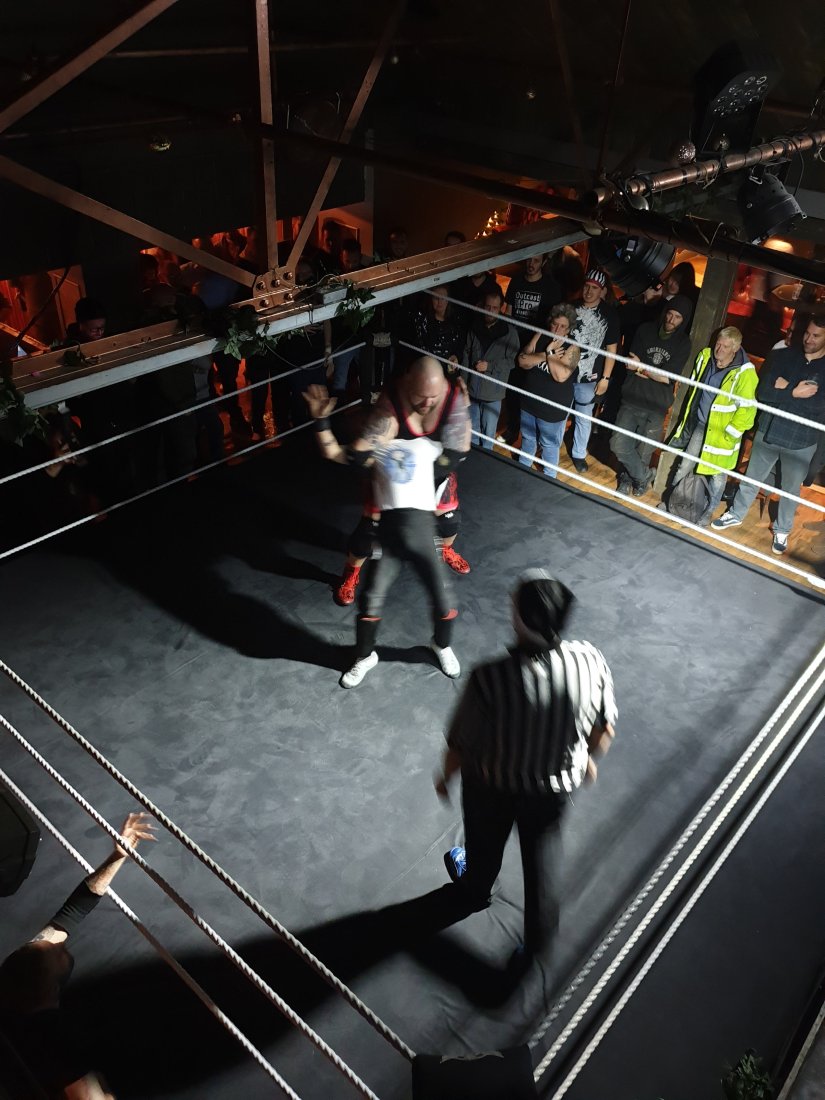 When Maxx Carnage stepped into the ring, we knew it was going it be a bad ass match. At one point the wrestlers had stepped out of the ring, pounded upstairs where Maxx had his competitor by the neck threatening to drop him off the balcony into the ring. I loved it! Of course these men are trained but you never know how far they’re going to take it! 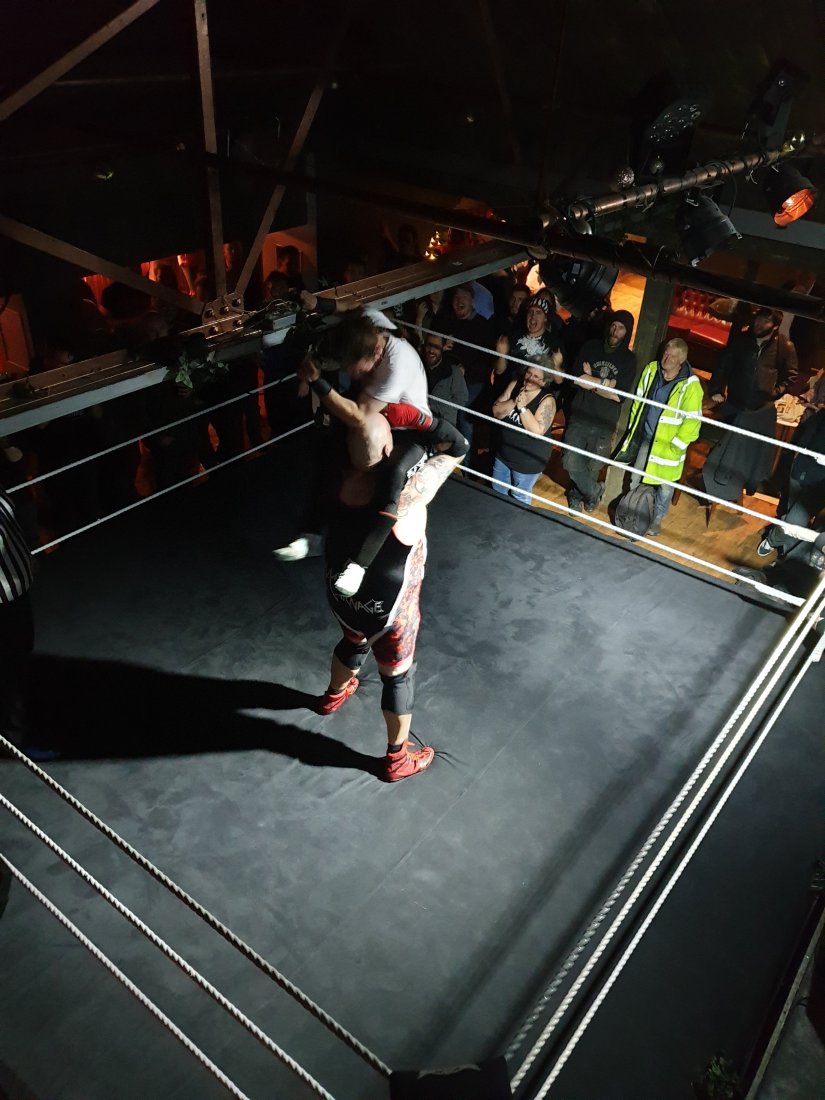 For just £7 a ticket, we spent the evening being entertained, cheering and booing, and listened to some superb live music. 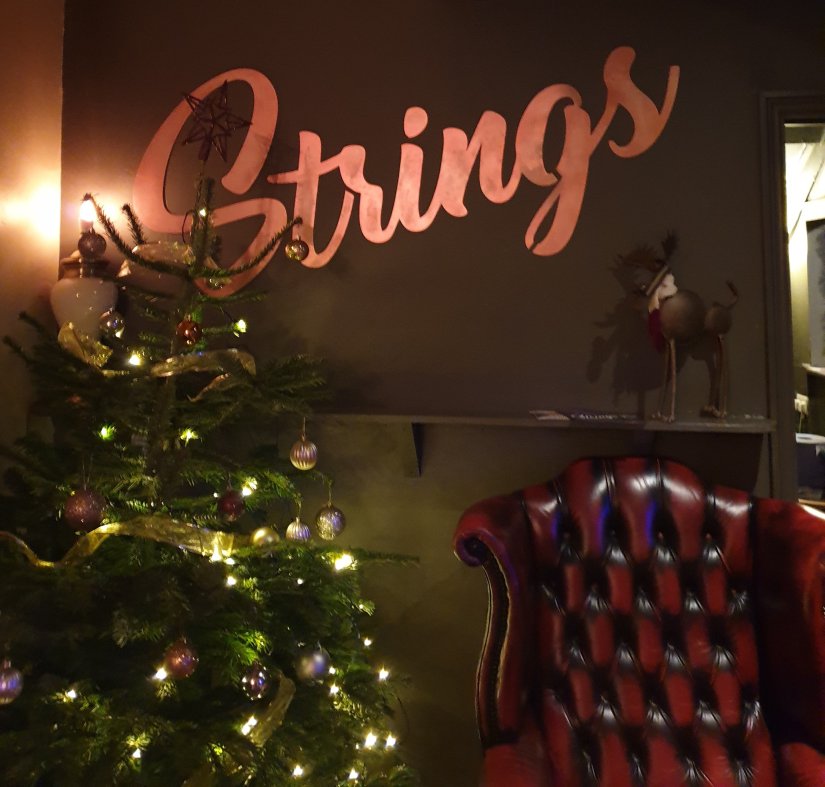 A bit of a random Blogmas post this year, but hey ho, it was a great night!

Last night my partner and I attending our first wrestling match. 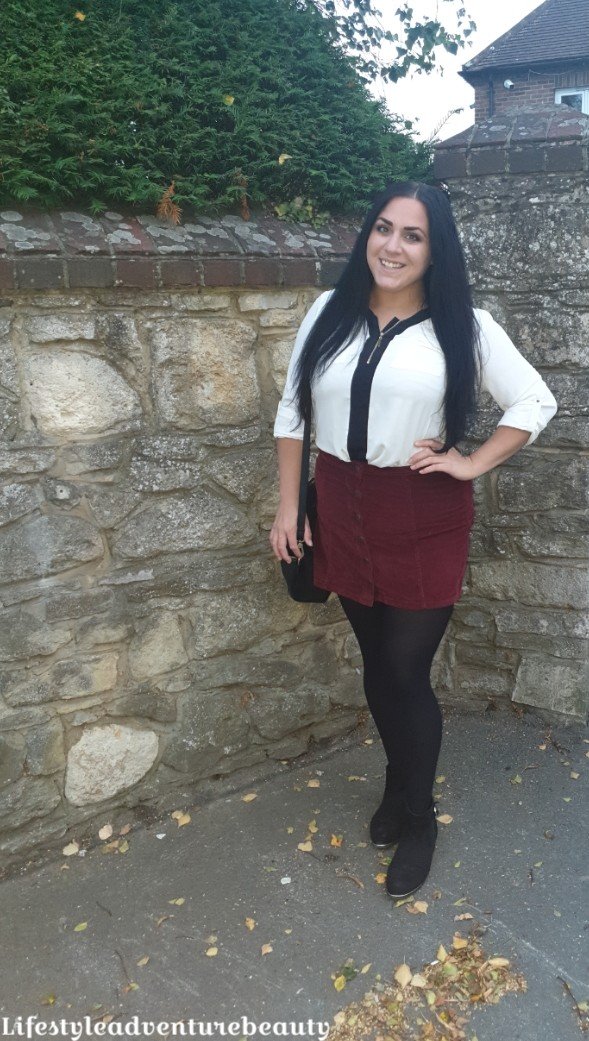 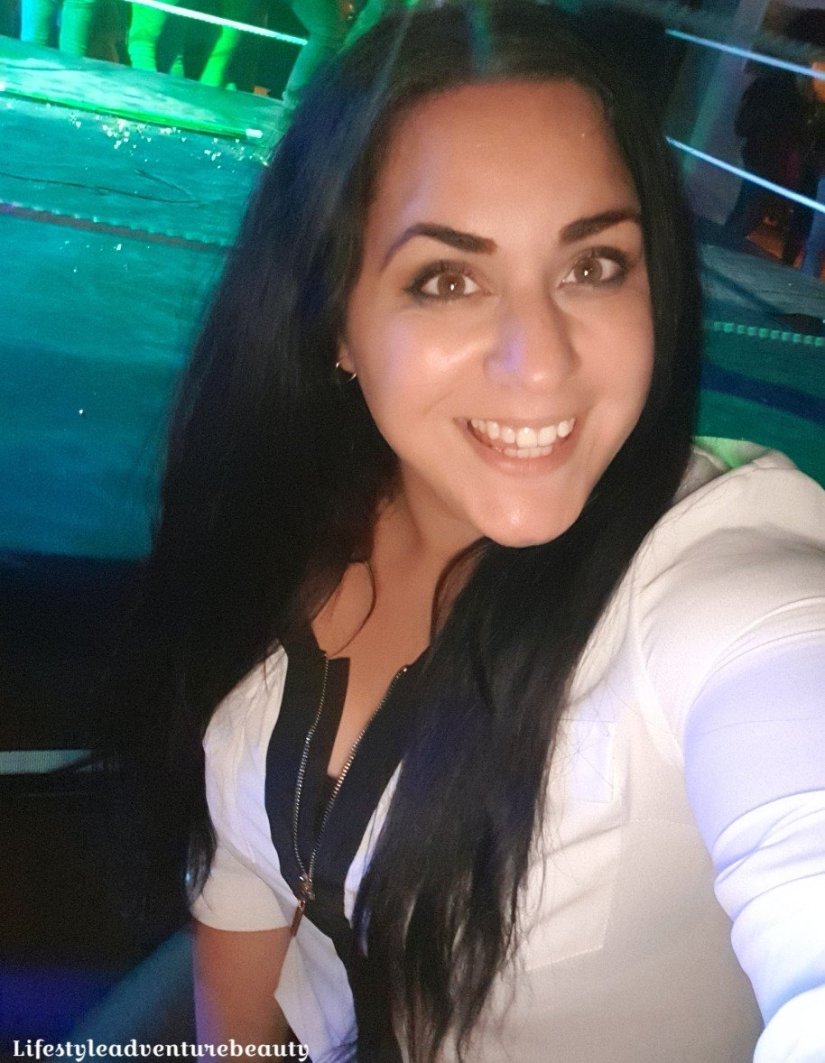 One of my friends, (The current Isle of Wight Champion), Matt, aka Maxx Carnage, is part of Outcast Pro Wrestling, and has been participating for the last couple of months.

The event was held in Newport, at Strings, bar and venue. The venue isn’t huge, so I wasnt sure how they would fit a ring in there, but they managed to place it so that there were 3 corners available for the public to watch.

The event started at 8.30pm, so we got there at 8 when the doors opened to grab a few drinks and a spot in the crowd, and to catch up with some old friends. We bought tickets to see the show a couple of months ago, and thank goodness we did, it was packed!

The wrestlers gave such great perfomrnaces, the crowd were kept entertained all the way through, you couldnt take your eyes off of them.

These men have such great strengrh and control, I didnt realise, close up, how much work they put into it. Although some of it is ‘fake’, other parts are rough and real. For example, one of the contenders being thrown on the floor covered in drawing pins, being thrown on a table and it breaking in 2, or being picked to and launched. 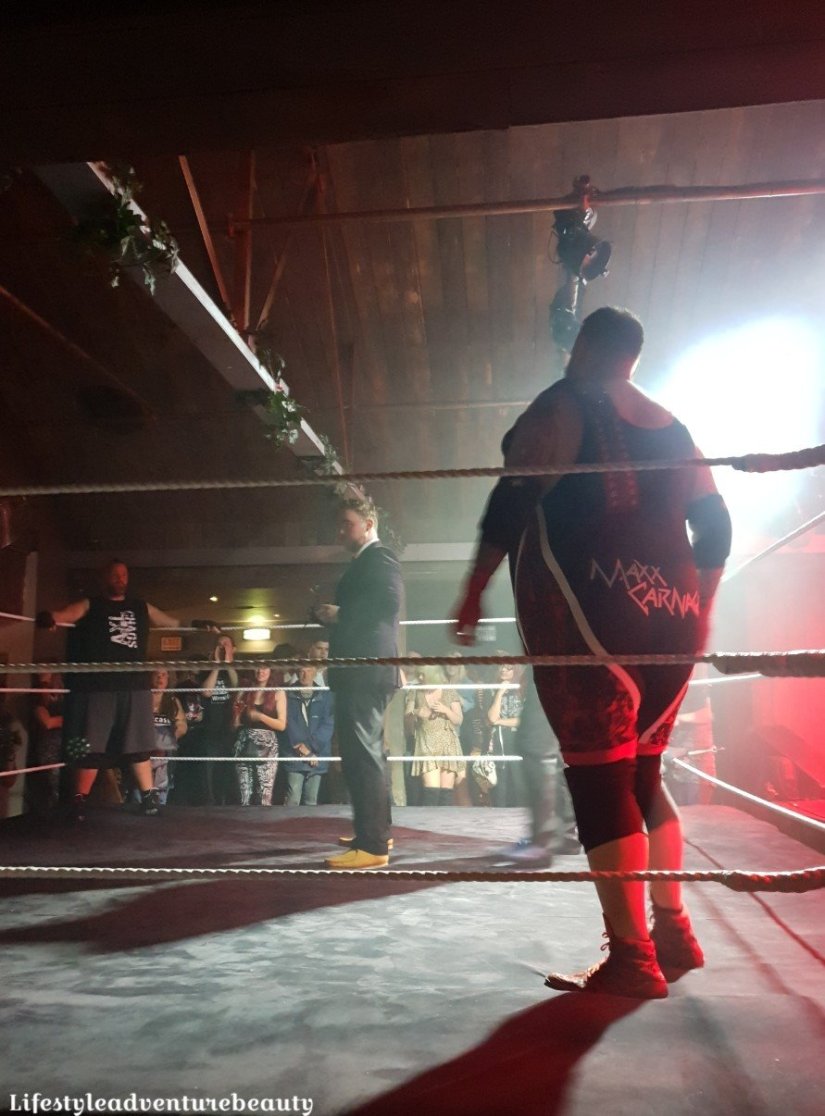 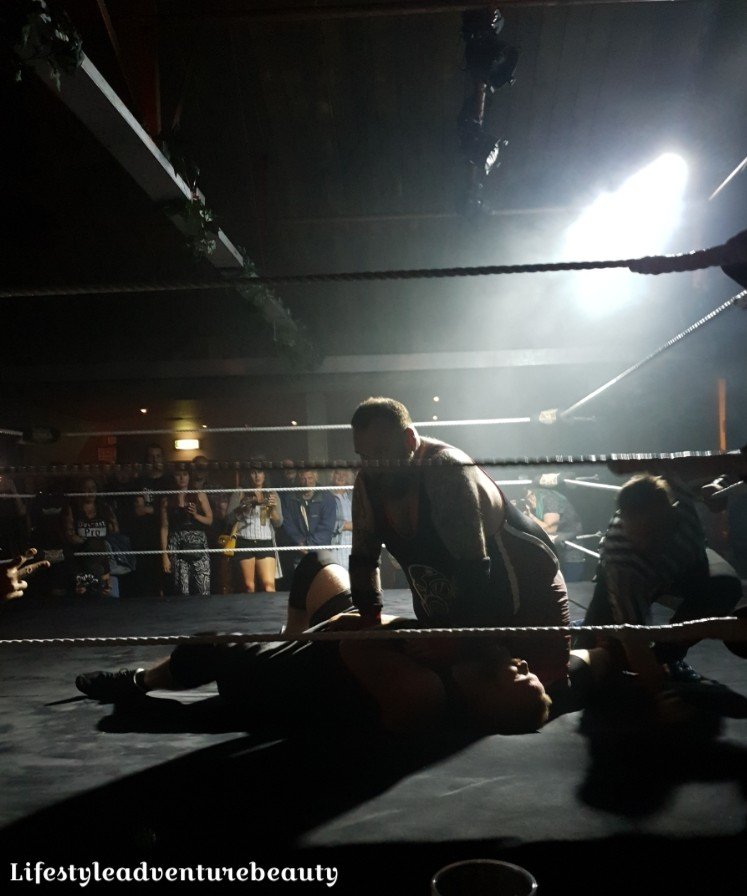 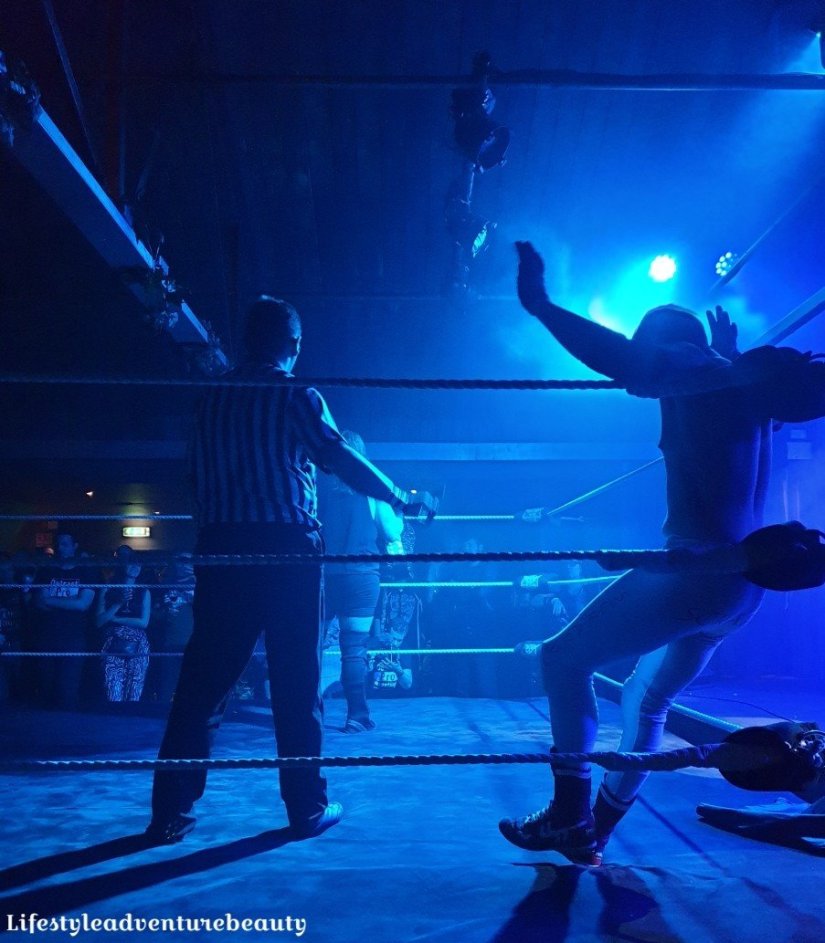 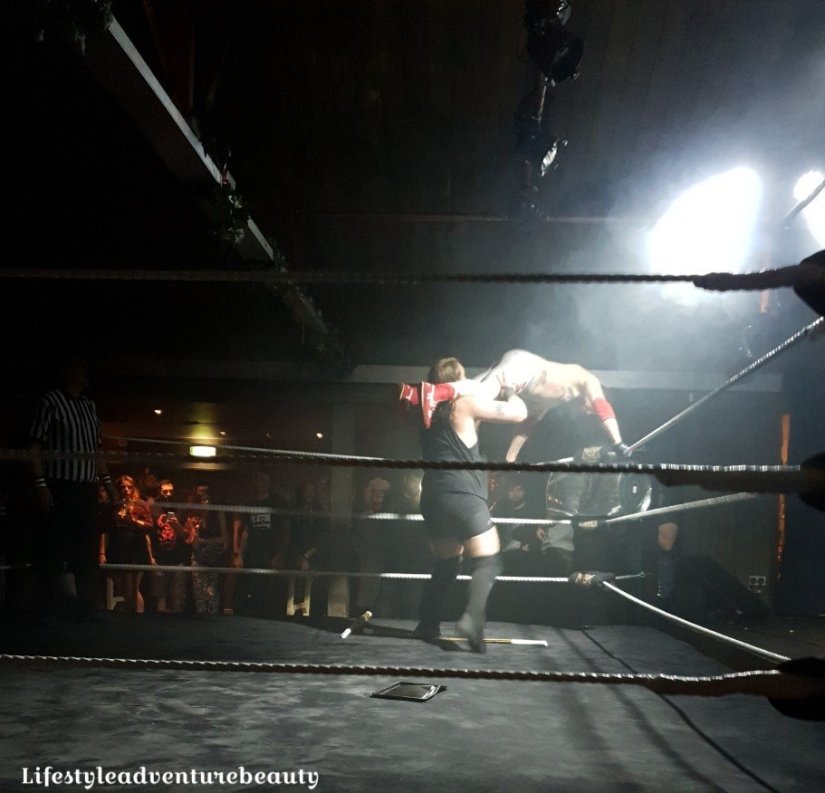 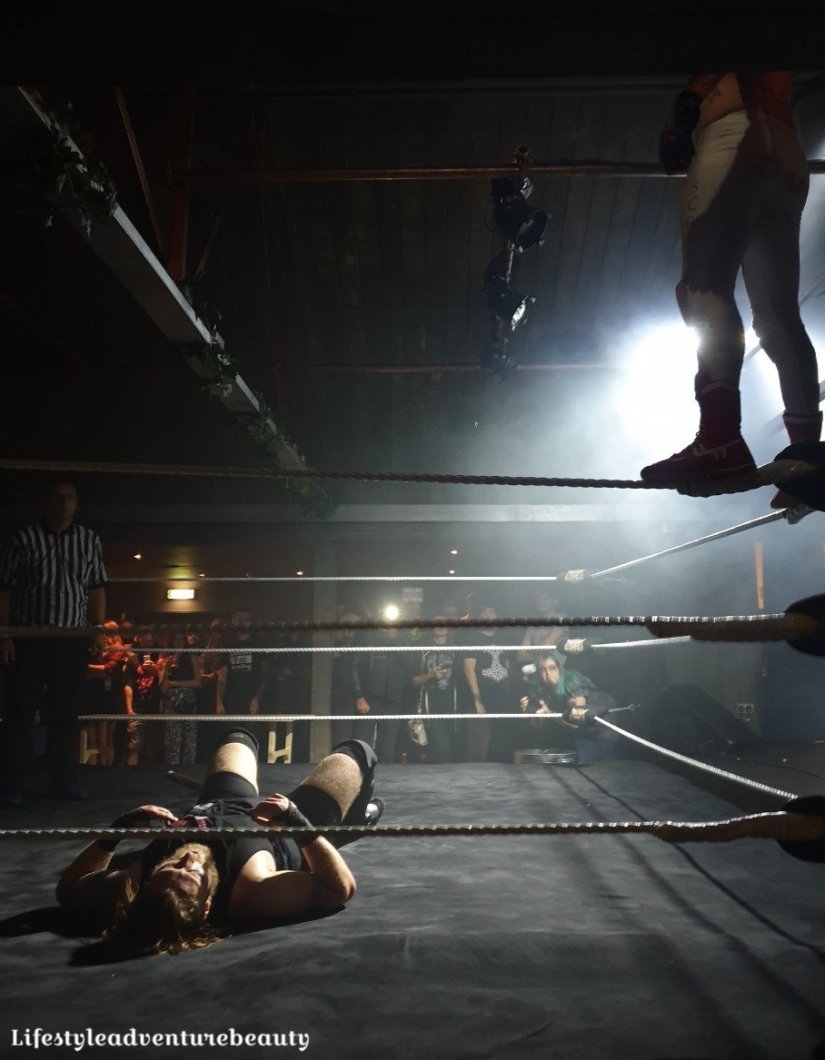 The wrestlers would often jump out of the ring, which was awesome to have the interaction with them. We would chant, and boo with other fans, it’s amazing how quickly you pick your favourites. The event we attended was 18+, but they do also have events that are family friendly.

A few of my favourite wrestlers were;

During the interval and the end of the show, Live music was provided by special guests ‘Kingz of Vocals’, feat Jethro Eli and JB.

The live music was wicked, I’d never heard of these guys before but they were fantastic, I got lost in their music.

These men did a brilliant job, I cannot wait to see them again next time, and to hopefully see a few female wrestlers as well! A unique evening out for 2 and a half hours, for £5 a ticket? Incredible!

Have you been to a wrestling evening before? If so what did you think of it?

This is a text widget, which allows you to add text or HTML to your sidebar. You can use them to display text, links, images, HTML, or a combination of these. Edit them in the Widget section of the Customizer.
Loading Comments...